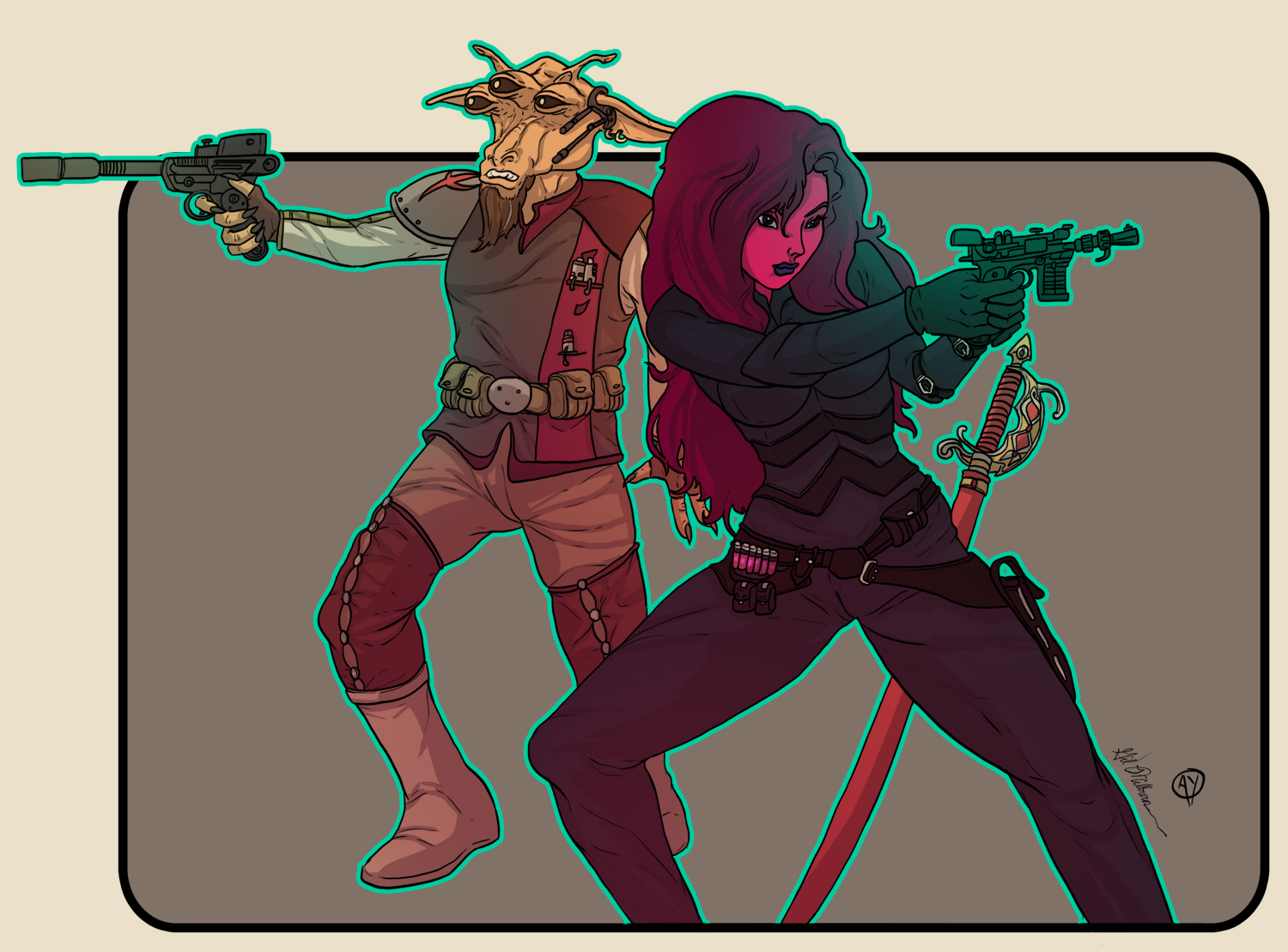 The Republic had recently learned that the Mandalorians were breaking a number of moratoriums by developing a weapon of unspeakable destructive capabilities. However, they needed to recruit a small team to find the hidden outpost where the research was being conducted. Make copies of all the schematics and any other research data they might have developed during the course of their work. This was the reason Captain K’Ehleyr Wynver temporally brought the Gran Slicer/Navigator, Asok Yeesrim on as part of her crew. The two had known of each other by reputation and they were each impressed with the others’ skills and resources. After they had methodically completed an investigation the trail leaded them to Mimban, the fifth planet of the Circarpous Major System in the Expansion Region. This was where the Mandalorians’ secret military base was and where the information they so desperately needed could be obtained. They just landed the YV-545 Transport light freighter, The Queen of Air and Darkness and were coming down the boarding ramp when they were ambushed by a patrolling unit of Mandalorian soldiers. Had they fallen into a trap? Would they be able to make it off Mimban alive and with the information the Republic needed to be able to try to stop the development of this newest threat to the galaxy?

Additional Info About This Image: http://swagonline.net/node/6773

I can almost her her saying " pew, pew pew!" as she shots. Great piece. Now if some lame, unreliable bald guy would get off his duff and work on Turk...

Wow, seems like everyone has liked it so far. Asok and I thank you very much indeed.

An excellent piece featuring two excellent characters by two excellent artists....There sure are a lot of excellents in this comment but it seems like the right word to use...