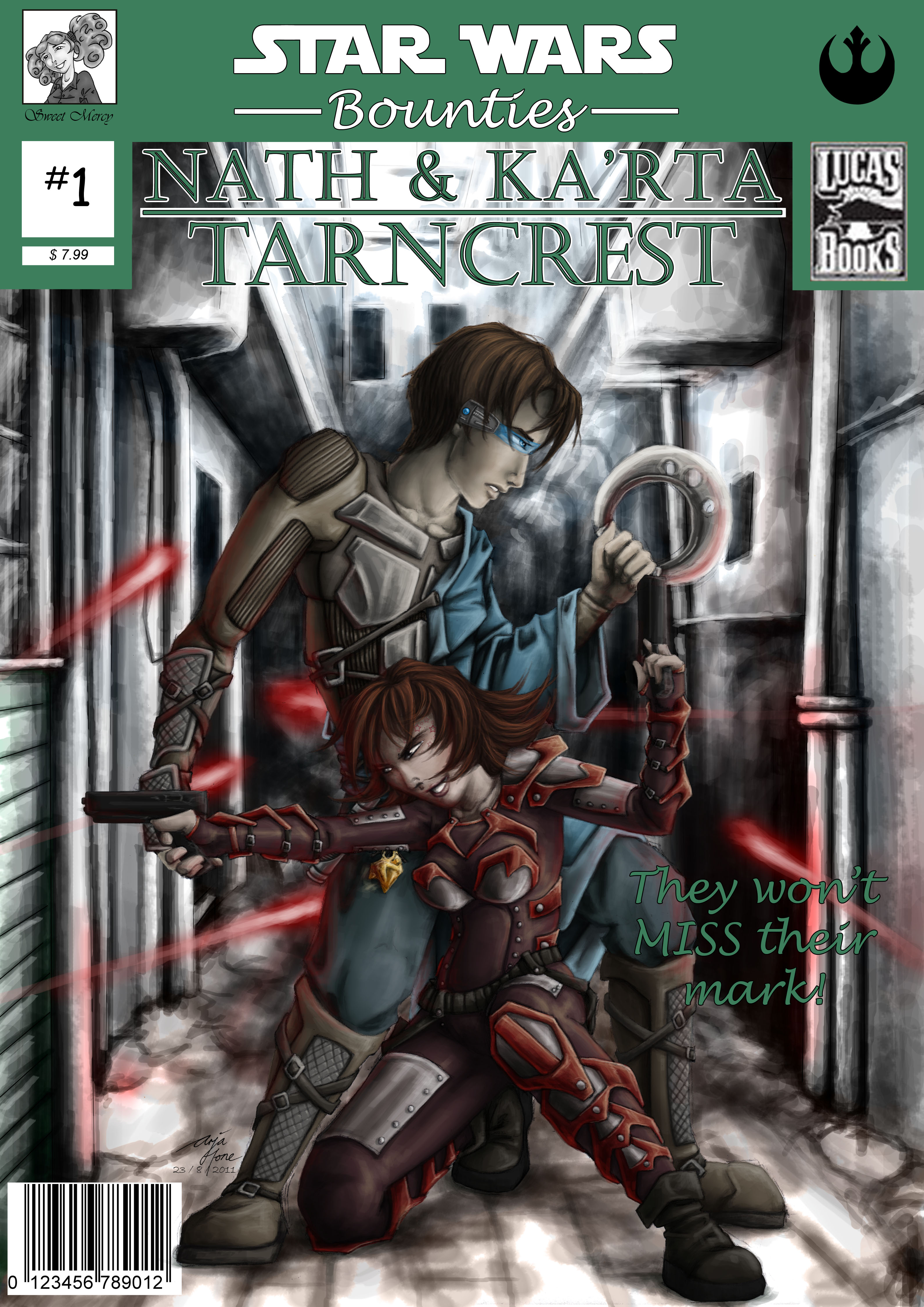 "Ka'rta is squatted down in front of Nath with her blasters pointed to the left and right corners of the pic. Nath is standing behind her with a discblade in one hand and his lightsaber in the other. The discblade it is blunt to keep with Nath's non-kill policy, unless it is absolutely nescessary. Nath also has Mandalorian chest armor that is an earth tone brown to contrast with his shirt that is tan.

I still haven't decided if Ka'rta should be wearing her helment or not. Maybe do a sketch with and without. I'll leave it up to you. The scene is of them in a alley way with blaster bolts exploding around them."

It turned out great. The action scene is wicked. Thanks for doing the request.

The depth of the figure rendering is top notch, Mercy - they really pop!!