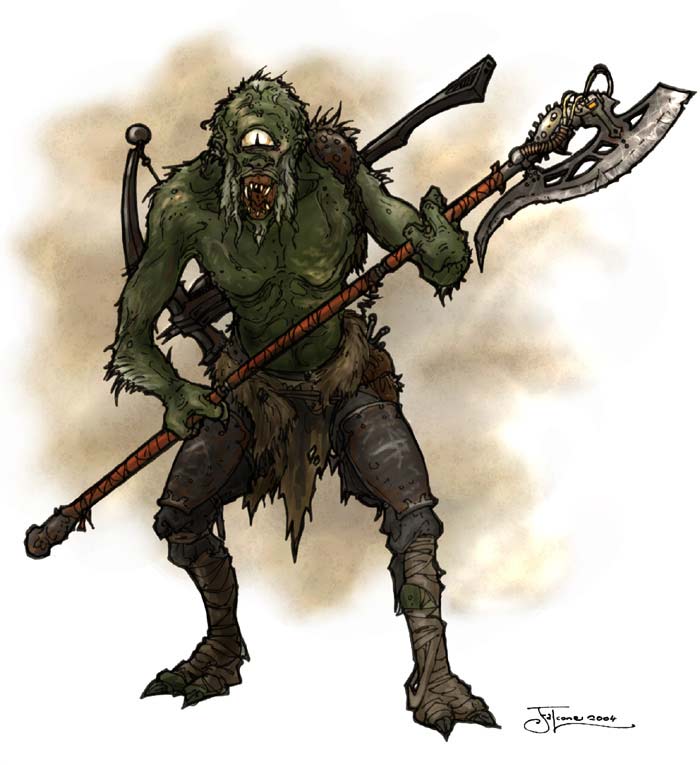 Sinnah 'The Sinner' Laval was a mid-level nemesis for my PCs in my Tatooine campaign. A gladiator slave who earned his freedom by impressing his masters in the arenas of Nal Hutta, Laval was offered the chance to work for the Faljosic Hutt clan as an enforcer and galdly accepted the honour.

He was unfortunately less adept a strategist than he was a prize-fighter, which led to his demise when he fought my PCs in a climactic showdown. He almost took a couple of them with him, sending one to a bacta tank for several weeks, but ultimately was cleaved in half by an angry Wookiee.

His signature weapon was his on custom-made vibro-ax, which the Wookiee took as a battle trophy.