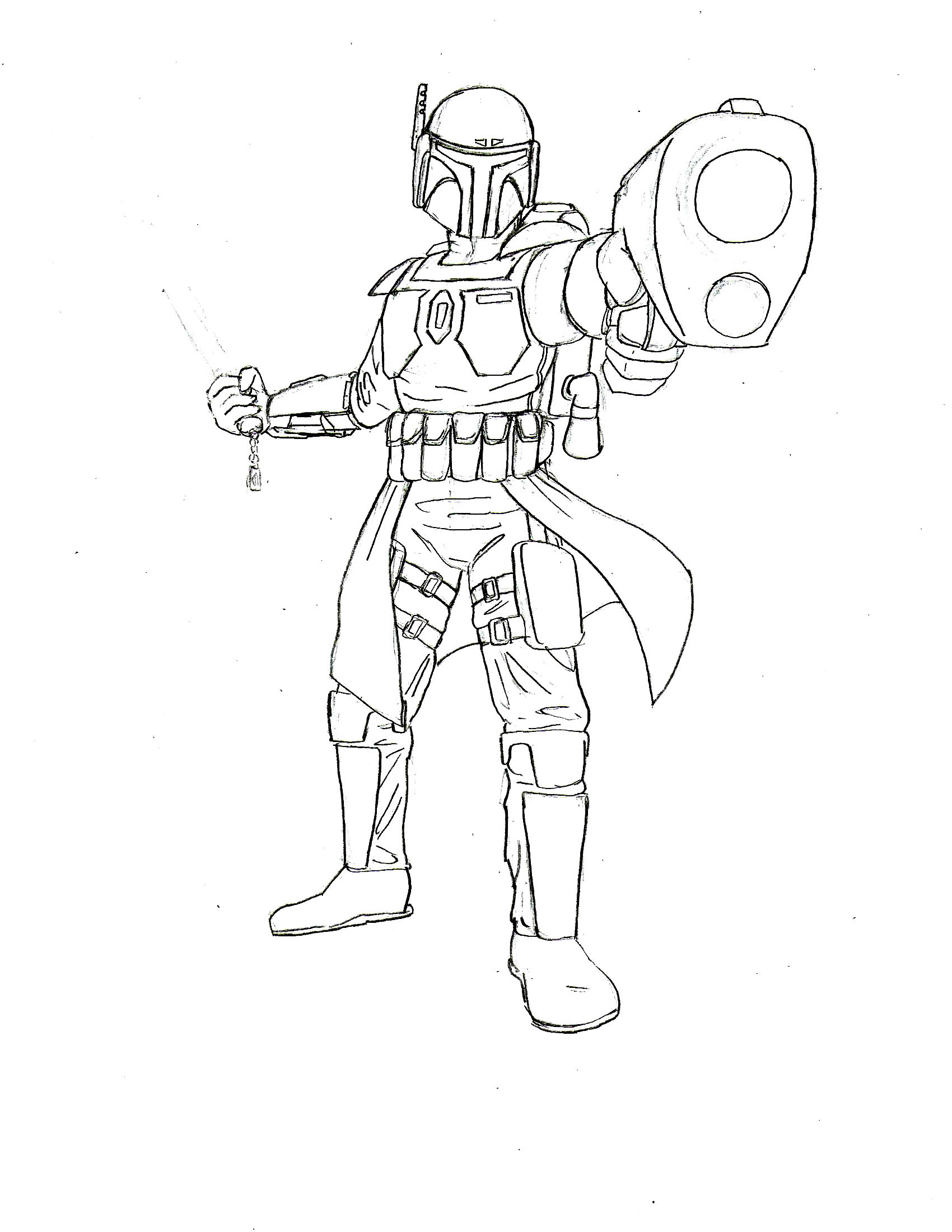 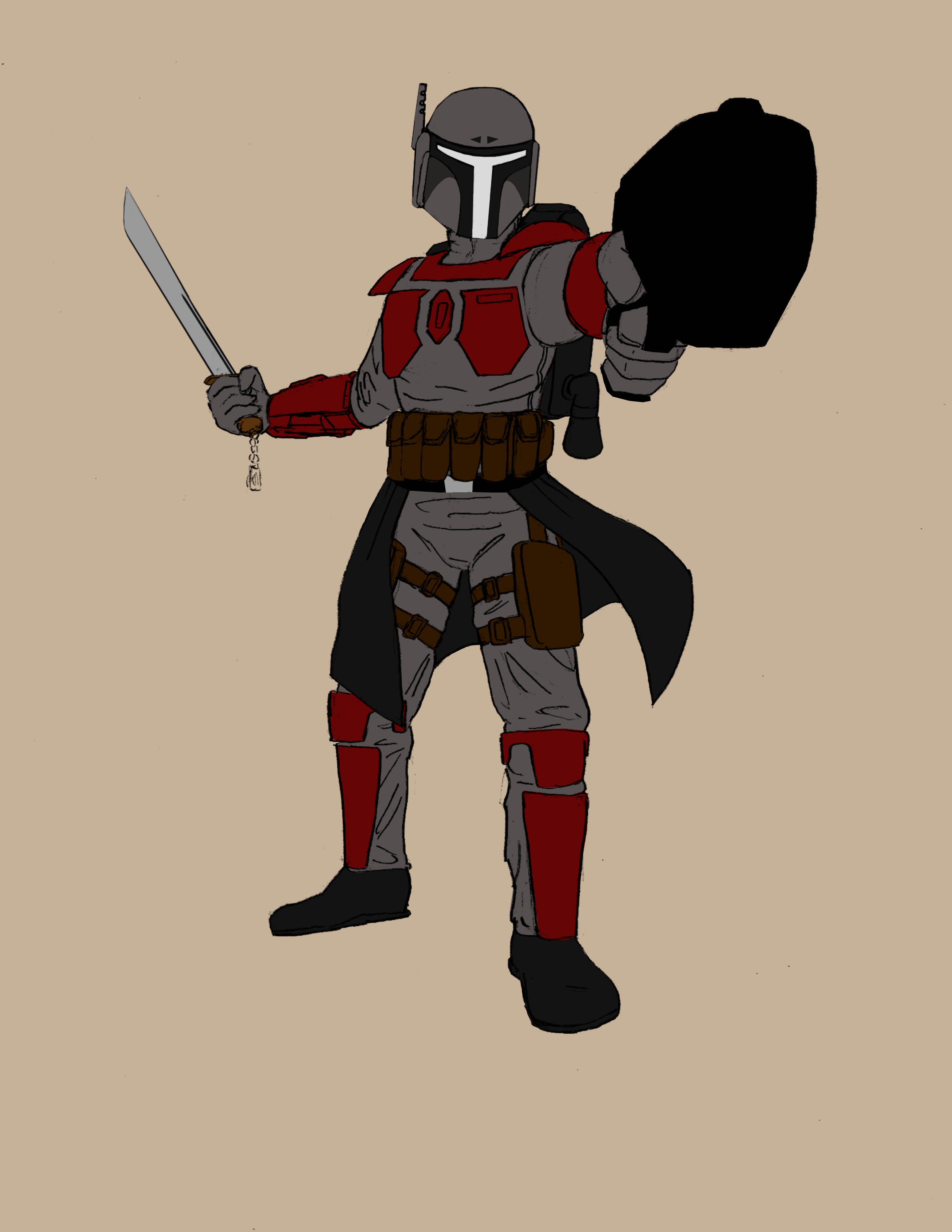 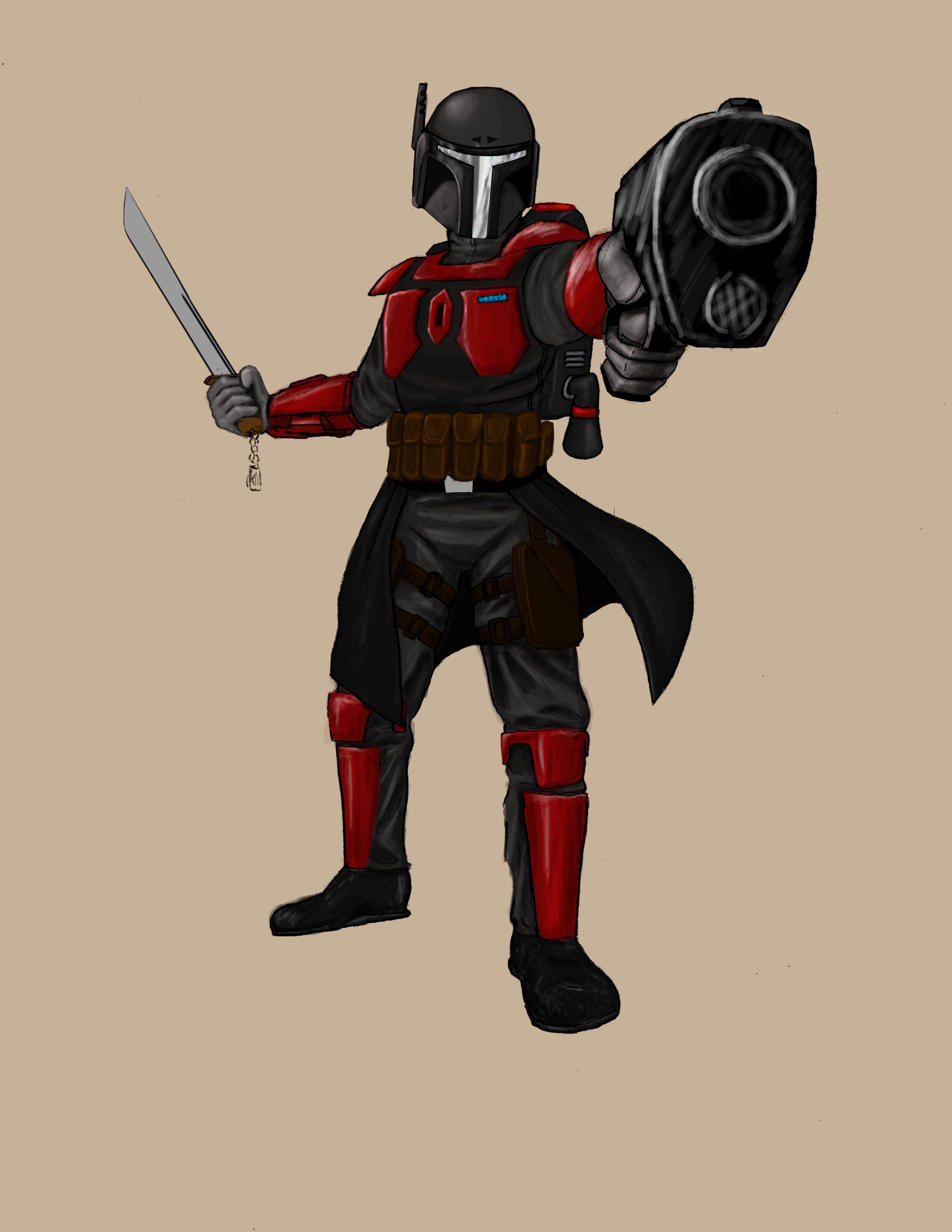 It feels like it's been a long time.  Hopefully I still remember how this all works.

This is work on a charcter pic for one of my players in the Mandalorian game I've been running.

He recently gained enough honour in the eyes of the clan to be allowed to wear his mother's kama that he inherited and has kept in her honour.  So he's pretty proud of that accomplishment.  His mother died when he was just a teen but she was, by the accounts of everyone he's talked to, a warrior not to be on the wrong side of.